Note: Va, Pensiero is one of Verdi’s most beautiful opera choruses. It was so beloved by the people of Milan that when Verdi died, those who came out to mourn his passing broke spontaneously into singing it. A hauntingly beautiful melody accompanied largely by rolling arpeggios, Va, Pensiero sounds wonderful when played by strings.

Be the first to review “Va, Pensiero, from Nabucco (viola duo)” Cancel reply 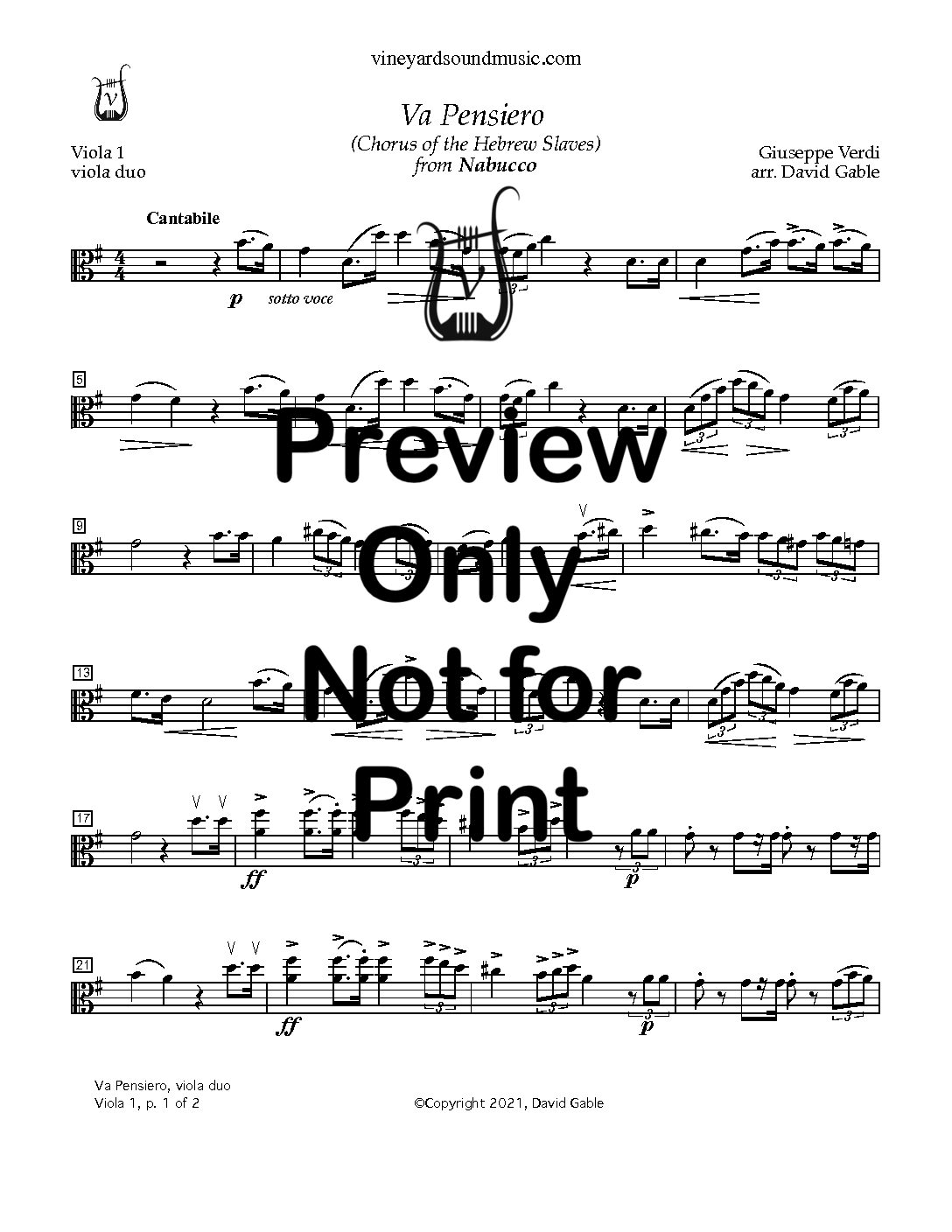