Note: When Verdi completed his score for Rigoletto, he did not allow the tenor singing the role of the Duke of Mantua to see the music for La donna è mobile until the day of the performance, lest it be publicly heard before the premier. (The tenor must have been a quick study!) Verdi was certain the catchy tune would be a hit, and he was right. The audience left the theater humming the tune, and within days organ grinders in the streets were playing what would become Verdi’s most widely recognized composition. 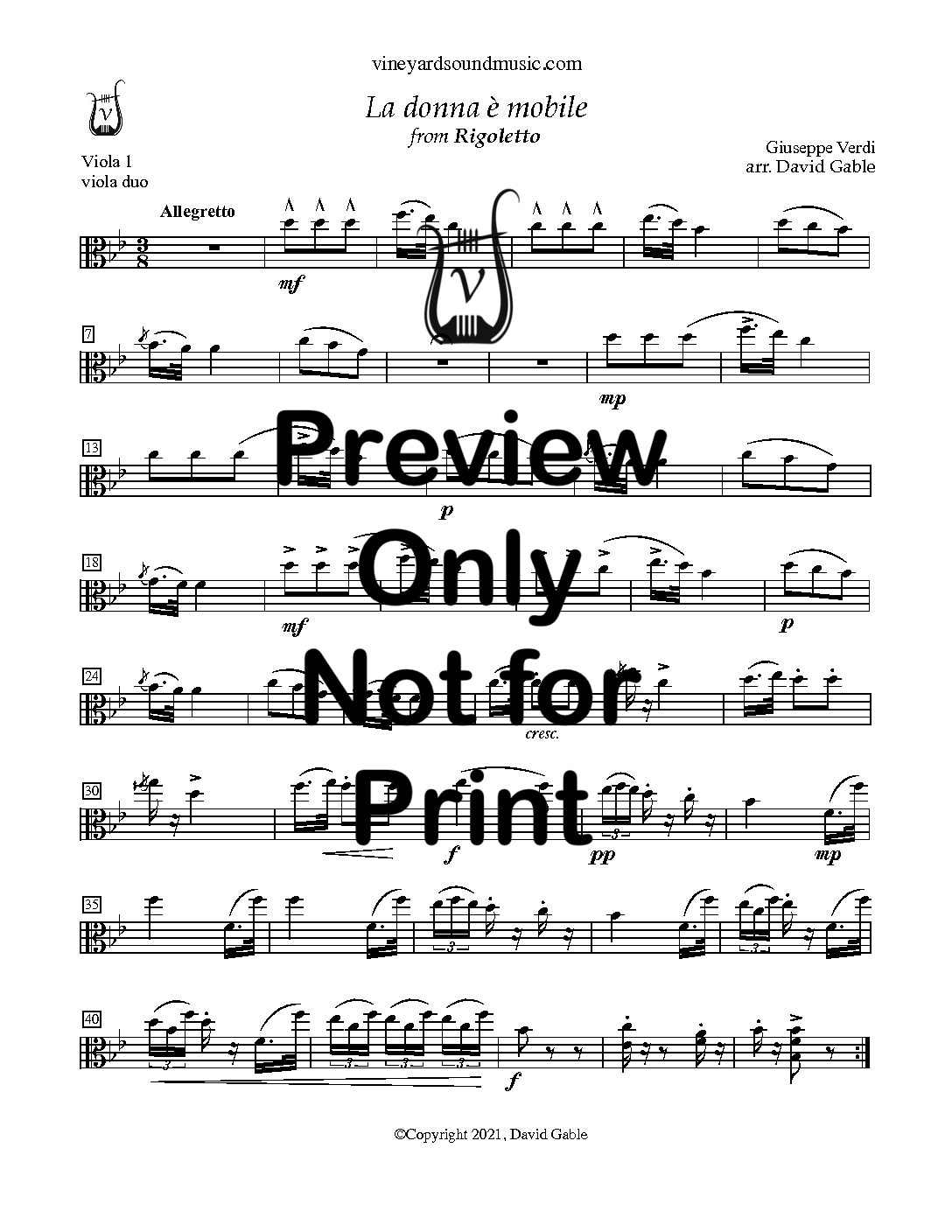