Note: Un di, felice is one of the most beautiful of all operatic duets. In it, Alfredo sings first of his concern for Violetta’s health, then of his love for her. Violetta initially rejects Alfredo, but later begins to soften to his sincerity. Un di felice is preceded and followed by the music of the equally famous Waltz. The viola 1 part extends into the high register (the coloratura passages) and is largely in treble clef, but the music is worth the extra effort. 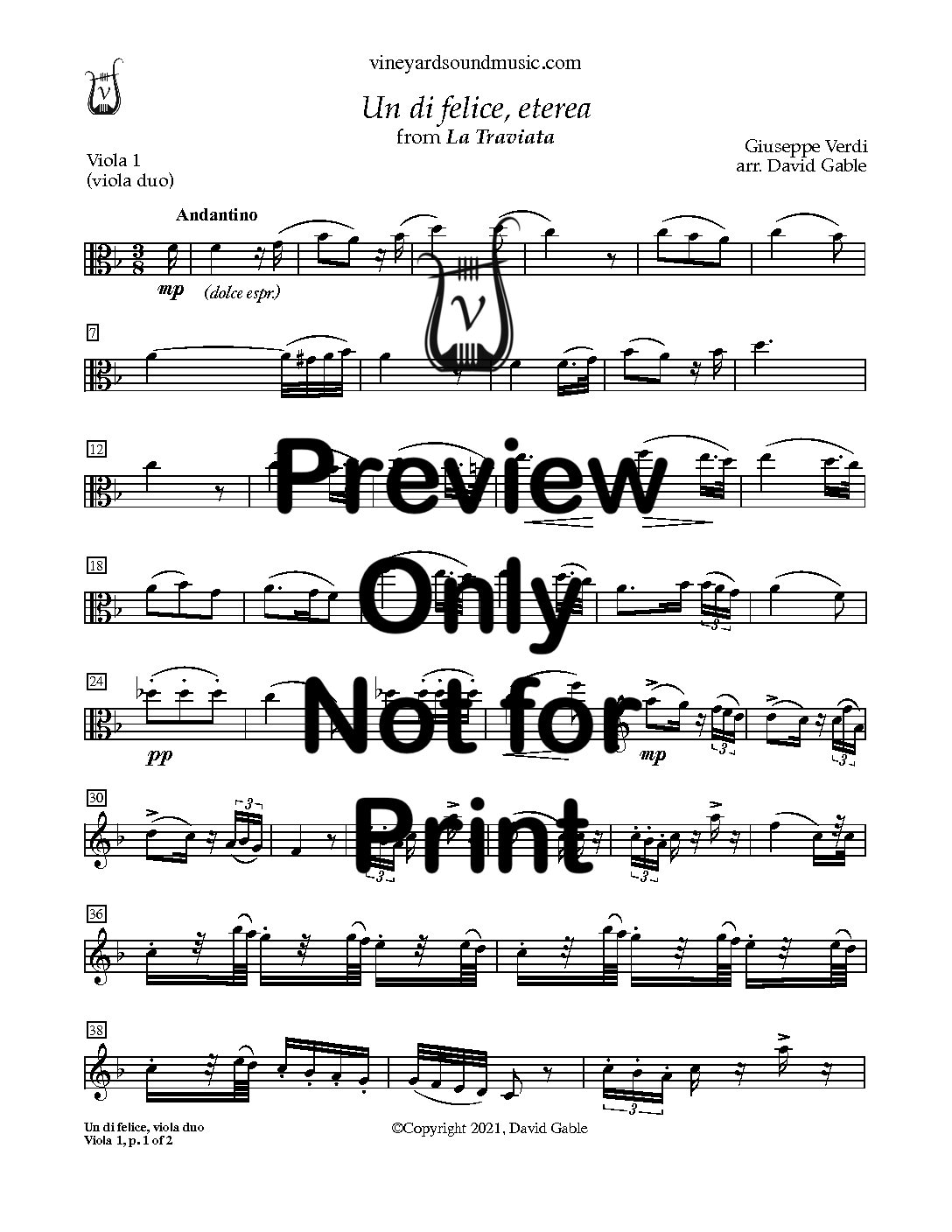