Note: Un di, felice is one of the most beautiful of all operatic duets. In it, Alfredo sings first of his concern for Violetta’s health, then of his love for her. Violetta, in turn, rebuffs Alfredo, then begins to soften to his sincerity. It is preceded and followed by the music of the equally famous Waltz.

The violin part can be played on flute or oboe by eliminating the lower note of the final double stop.

Un di felice and its accompanying waltz can be purchased together in the Bargain Bundle Waltz and Love Duet, from La Traviata (violin duo) at significant savings. 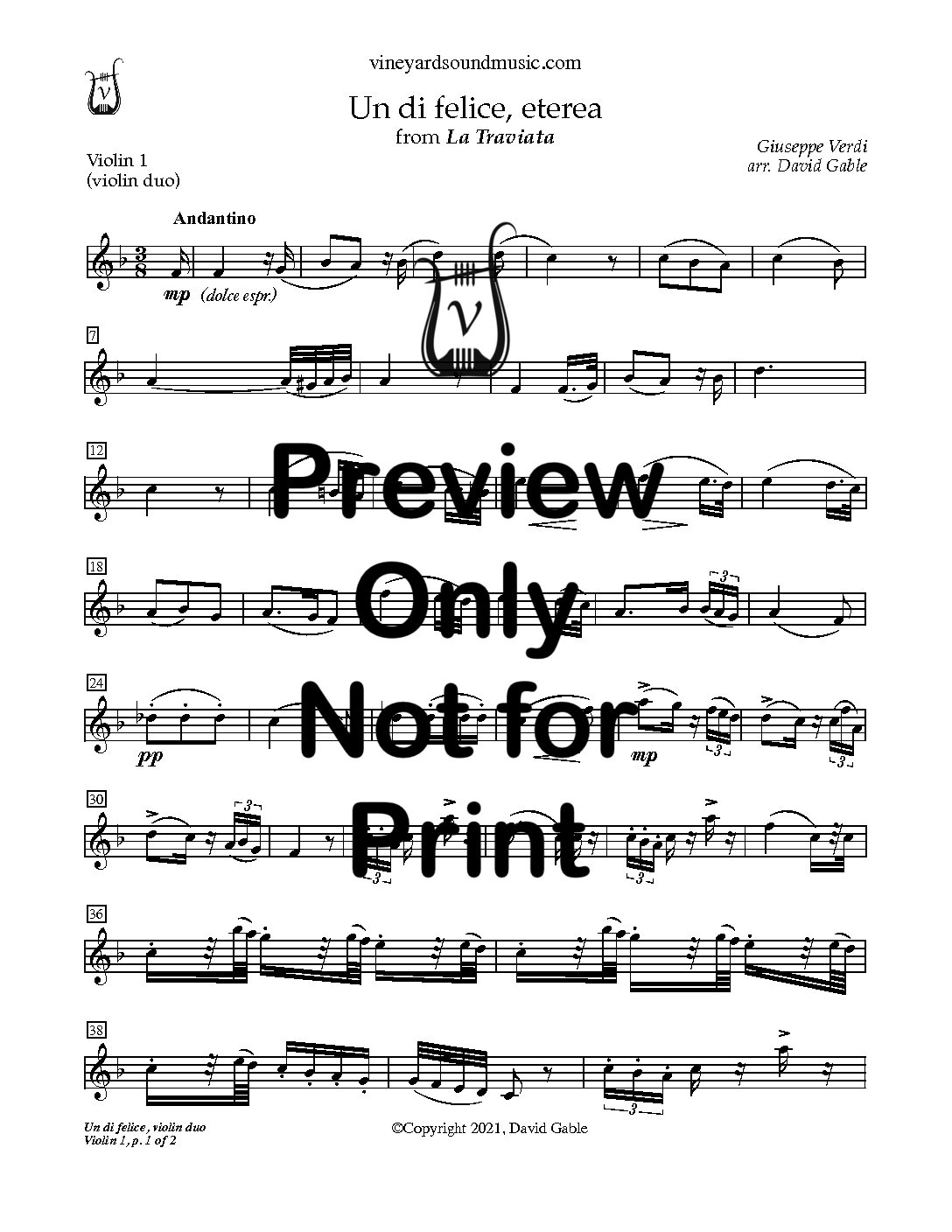