Note: The curtain rises at the beginning of Act III of Il Trovatore (“The Troubadour”) to reveal the camp of Count di Luna’s army, the soldiers singing Or co’ dadi (“now we play at dice”) as they prepare themselves for battle. Despite its context, Or co’ dadi is a cheerful, march-like piece. It is well suited for wedding receptions, parties, and other celebratory events.

The first violin part of this arrangement can be played on the flute modification of double stops and tremolos.

Be the first to review “Soldiers’ Chorus (Part I – “Or co’ dadi”), from Il Trovatore (violin duo)” Cancel reply 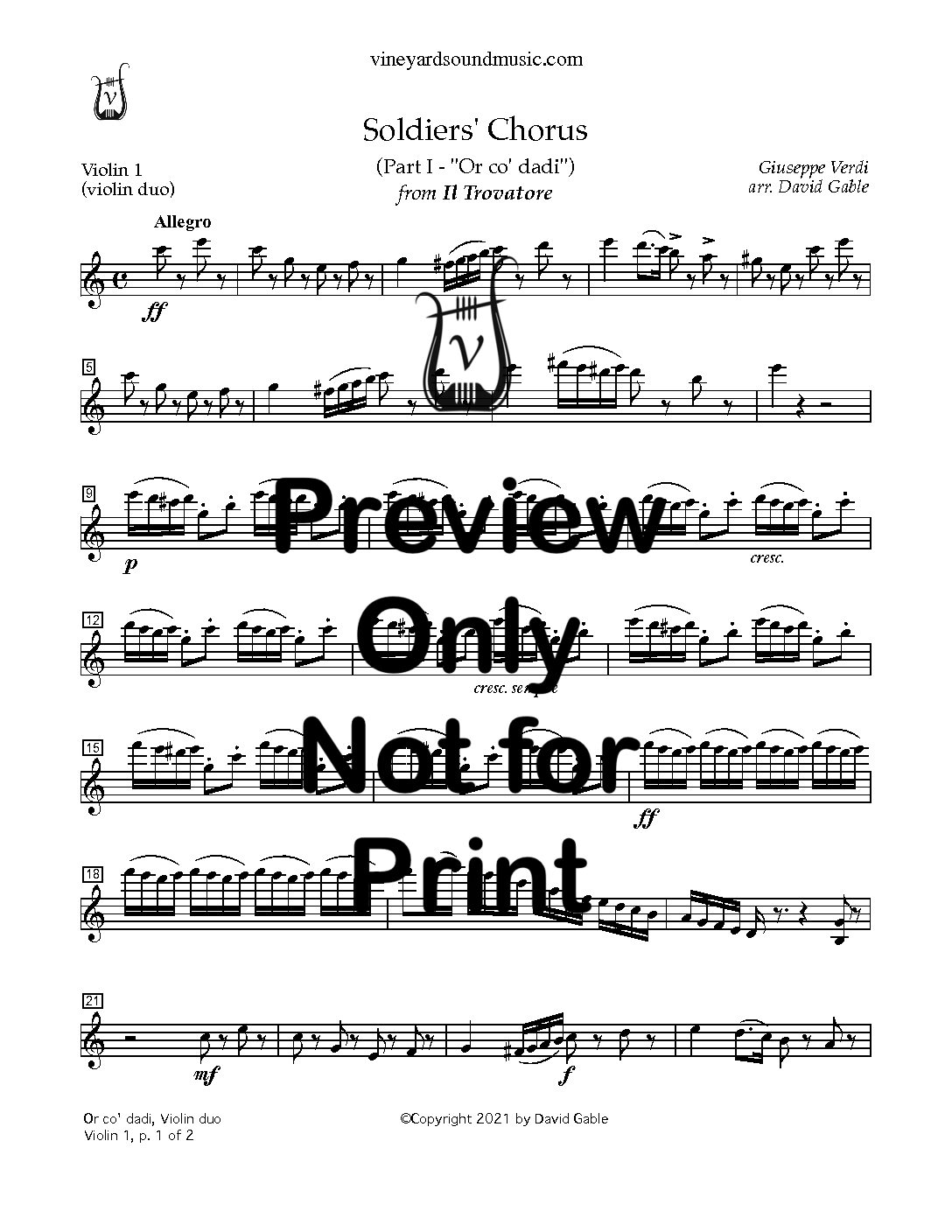