Note: Also known as the Triumphal March, this music is heard in Act II, scene II of Aida, when (as the score indicates) “the Egyptian troops process before the king, preceded by fanfares.” This section, unlike the rest of the scene, is lightly orchestrated and can readily be transcribed for two instruments.

Be the first to review “Grand March, from Aida (violin duo)” Cancel reply 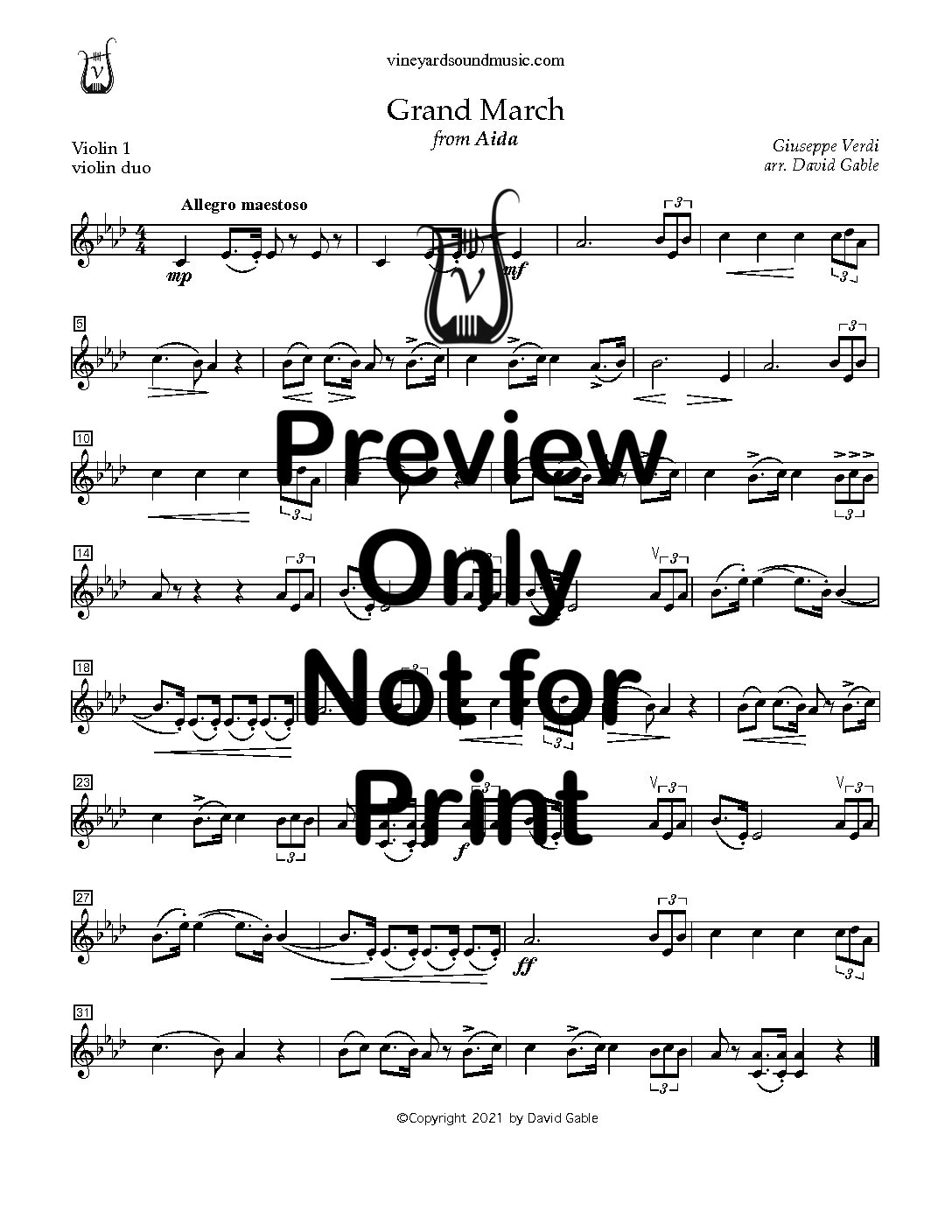