In the opera score, the opening theme is played by bassoons. Here it is given to the cello.

Be the first to review “Les Dragons d’Alcala (The Dragoons of Alcala), from Carmen (string trio – violin, viola and cello)” Cancel reply 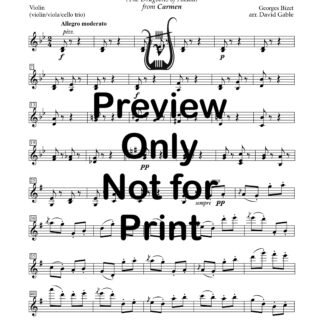 You're viewing: Les Dragons d’Alcala (The Dragoons of Alcala), from Carmen (string trio – violin, viola and cello) $4.99
Add to cart