Sanctus – round in 5 parts

Contrary to what some sources indicate, this brilliant 5-part round was not written by Pope Clement VII. In fact, the nom de plume of Flemish composer Jacobus Clemens – “Clemens non Papa”–  specifically states that he is NOT the pope. Not that there was much likelihood of pope and composer being confused; Clement VII died before any of Jabobus Clemens’ music was published. Clemens wrote over 400 works using sacred texts and was highly influential among his contemporaries and subsequent generations of composers.

One of the challenges of complex rounds is how to end them. This setting resolves that issue. It may be sung by any combination of high and low voices, mixed or in sections, as long as the lowest voices sing the fifth part. 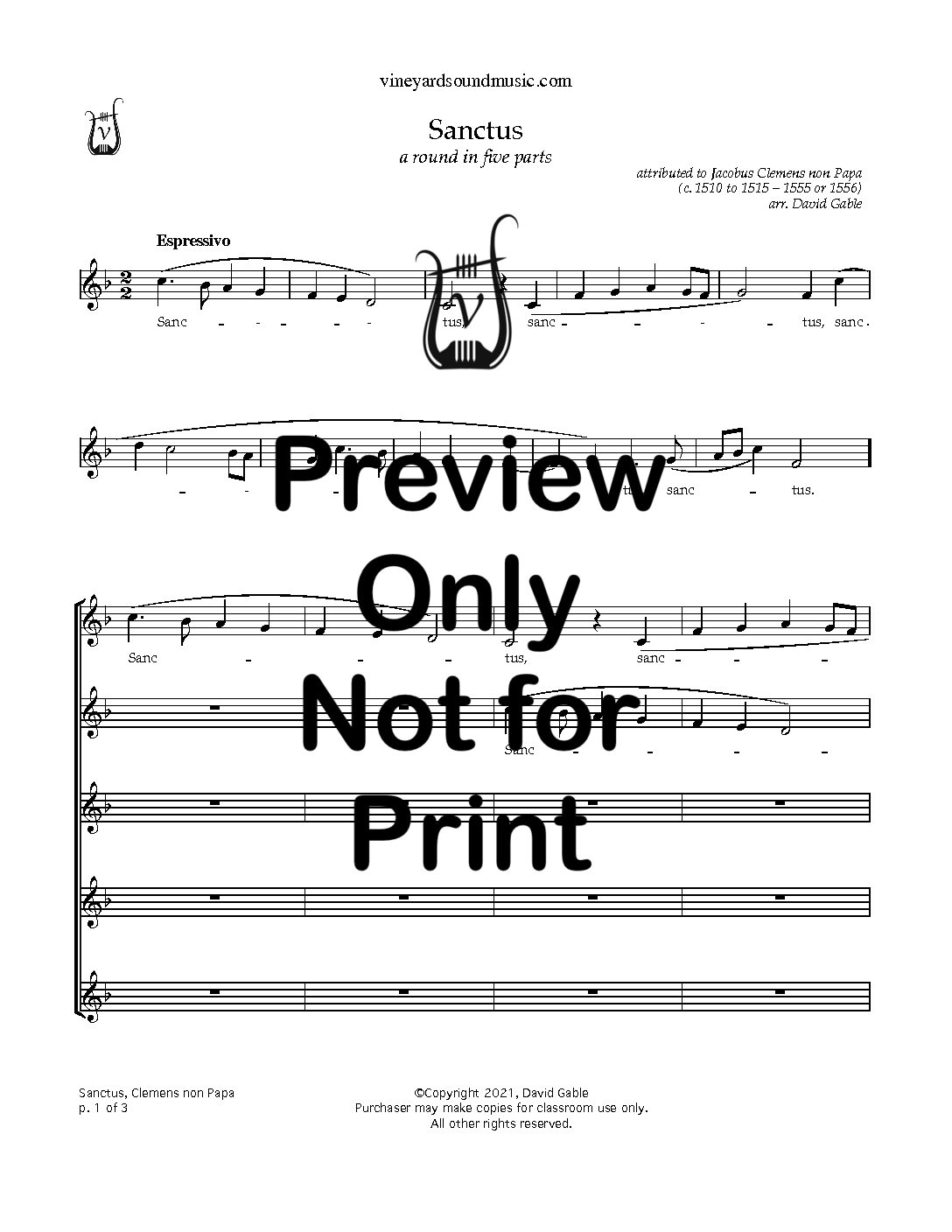