Instrumentation: Cello and Piano or Organ

Note: Popular with wedding clients of all denominations and persuasions, King William’s March was written in honor of William of Orange, aka King William III of England, who co-ruled with Queen Mary II. It’s perfect for times when you need something short but decisive, and since both sections cadence on the tonic, it can be cut or extended as needed. This version for cello has been transposed to G Major to better conform to the instrument’s register while preserving the brightness of the original key. 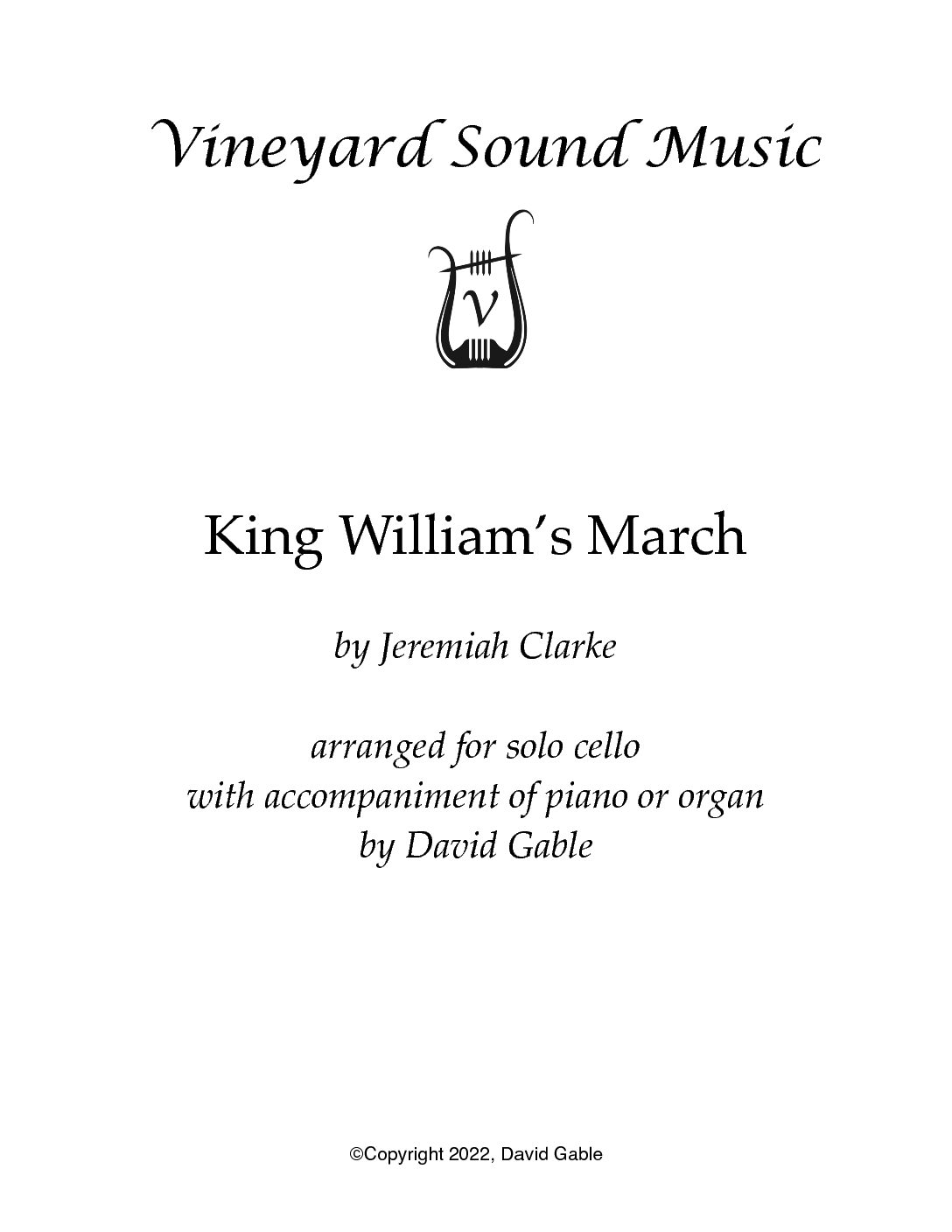 You're viewing: King William’s March (cello and piano or organ) $3.79
Add to cart