Note: A “halling” is an energetic traditional dance that originated in Norway and spread throughout Scandinavia. This particular dance, from Østerdalen, in eastern Norway (the name is old Norse for “eastern valleys”) was used by Grieg in his 6 Norwegian Mountain Melodies. Though short, it can be extended handily by repeating from the end of measure 32 to the beginning. 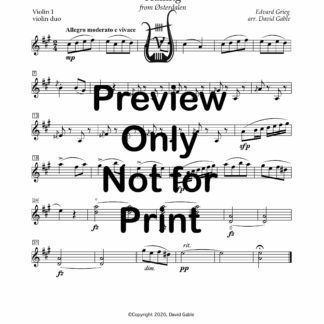