Note: When writing the score for his operatic masterpiece,Carmen, Bizet set about researching Spanish folk music. He found what he thought to be a traditional song, which he used for this aria, only to later learn that it was composed by Sebastien Yridier. Bizet acknowledged this “borrowing” in the published version of the vocal score. Carmen sings the Habanera in Act I as she makes flirtatious overtures to Don Jose.

No opera set is complete without this work and the Toreador’s Song, also from the opera Carmen.

Be the first to review “Habanera, from Carmen (cello duo)” Cancel reply 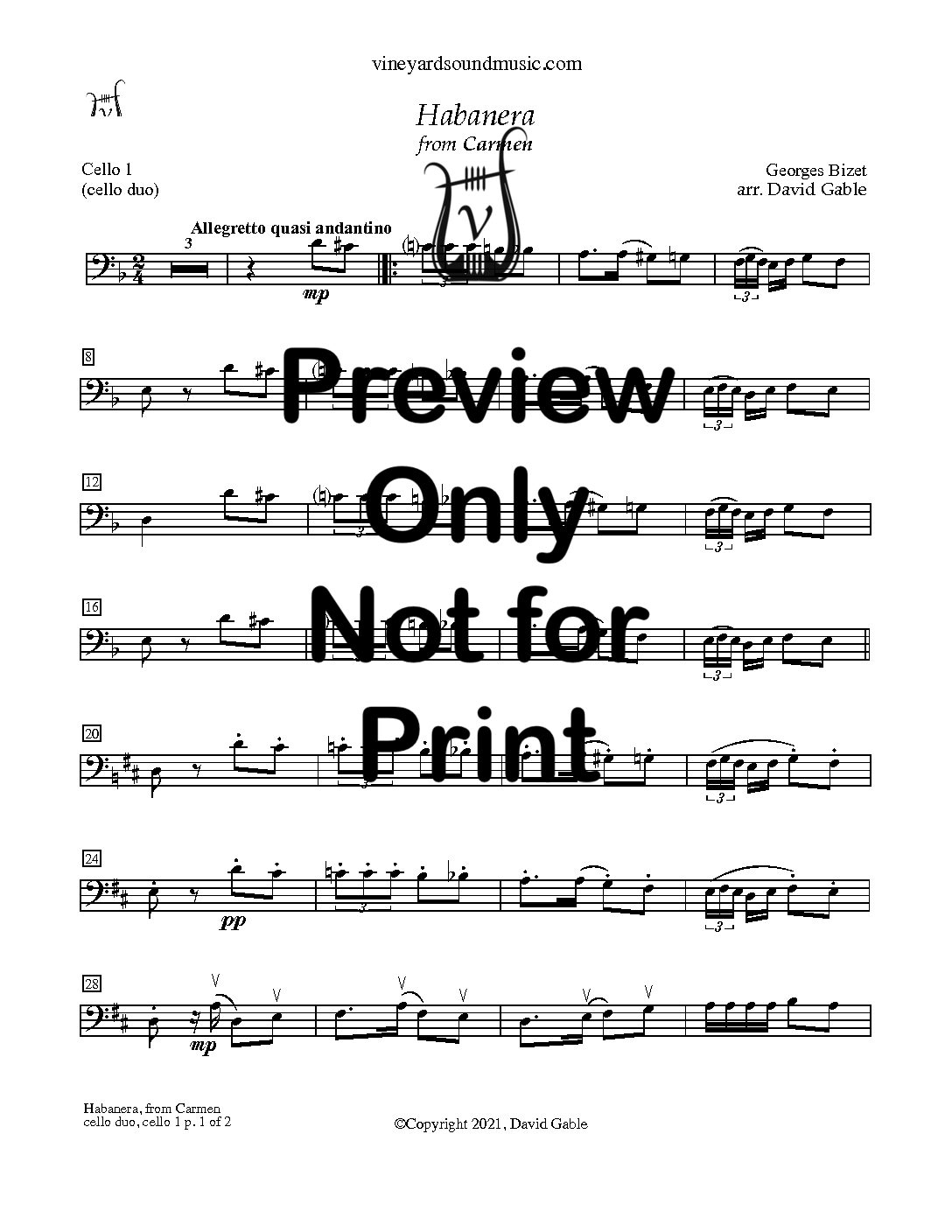 You're viewing: Habanera, from Carmen (cello duo) $3.99
Add to cart