Note: C. P. E. Bach was greatly admired by Mozart, Haydn, and Brahms for his expressive style. He was major proponent of the “emfindsamer Stil” (sensitive style) which sought to express a wide range of emotions within a single movement. This duet is characteristic of his style, with a highly emotive first movement followed by a spirited allegro full of playful cat-and-mouse figures. The cello 1 part is in tenor clef and has some tricky jumps in the Allegro, but the music is worth the extra effort. The Duet in C Major is suitable for concert as well as gig use.

The audio sample includes the beginnings of both movements. 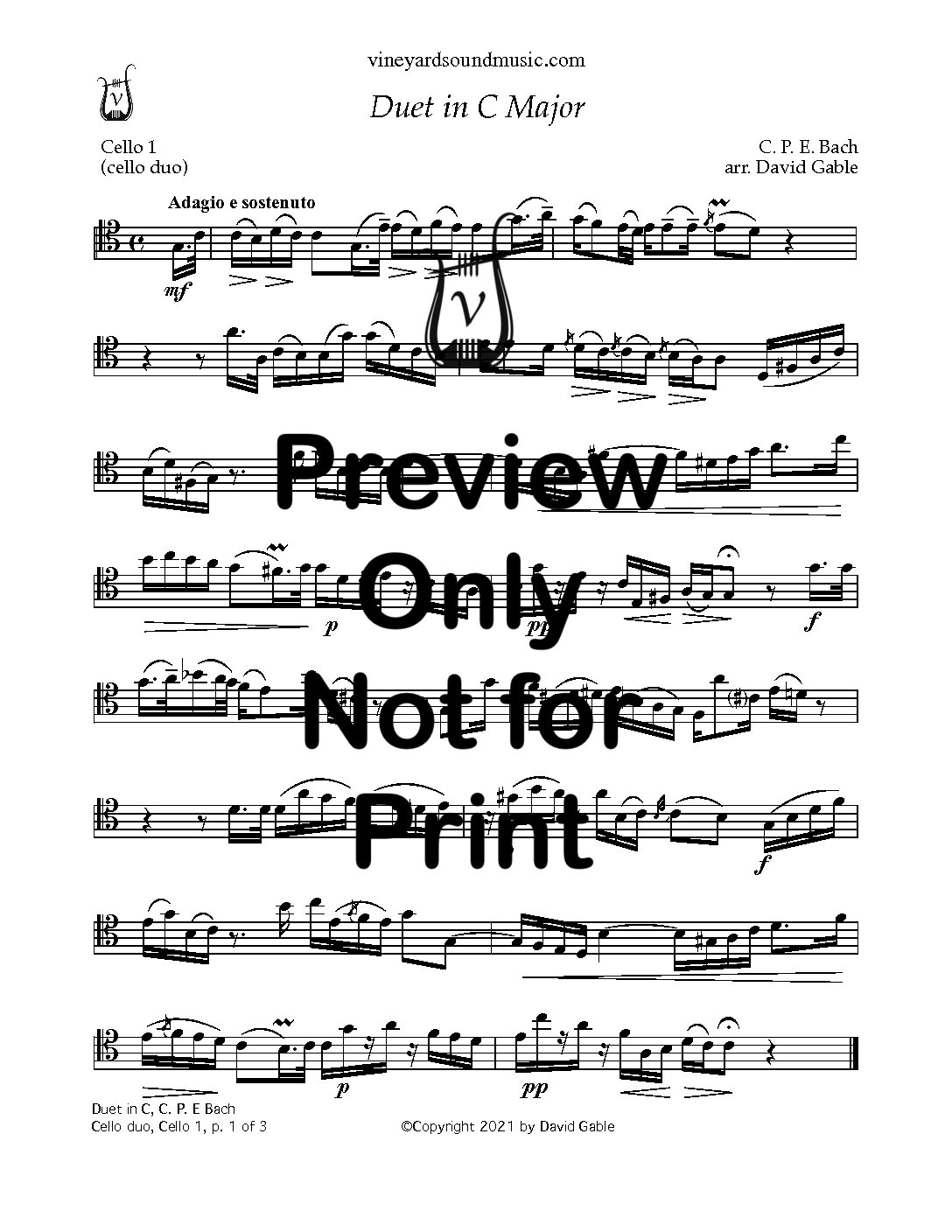