Note: Charles L. Johnson was a highly regarded composer of ragtime, marches, waltzes, and other popular musical styles of the early to mid-twentieth century. Apple Jack, which was first published in 1909, is written in a way that suggests dialog between the voices, a trait that has been reflected in this arrangement. 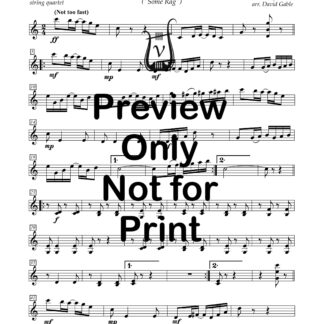