Note: Va Pensiero was written not long after the deaths of Verdi’s two children were followed by that of his wife. Deeply stricken, Verdi is said to have believed he would never compose another opera until he saw the libretto for Nabucco. He opened it to Va, Pensiero and immediately imagined the music that would become his most beloved operatic chorus. In this setting, the opening choral melody, which reflects the grieving of the Hebrews for their lost homeland, are given to the cello, while the violin plays the rolling arpeggio accompaniment.

More Verdi for violin and cello: 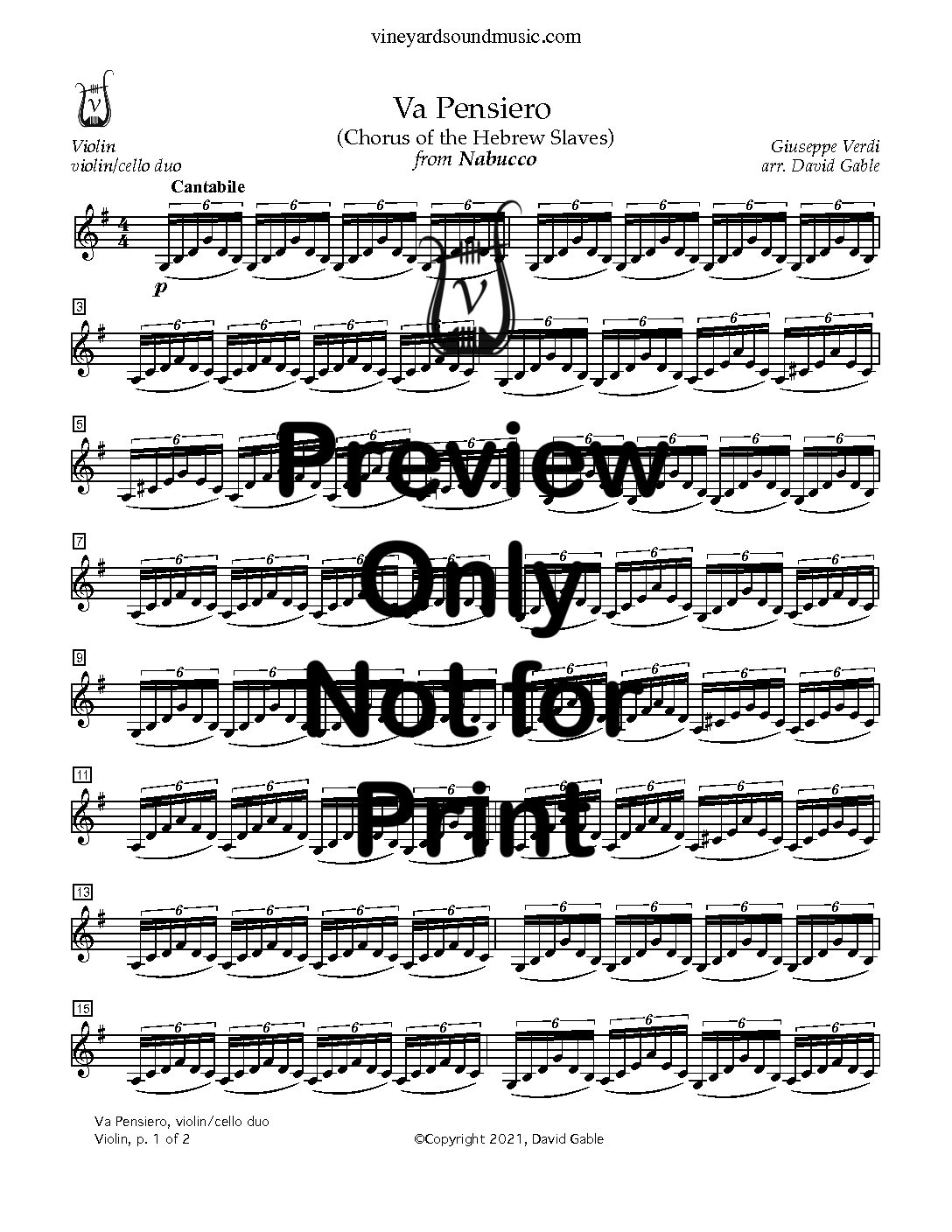