Note: Charpentier set the text of Te Deum to music six times. Of the four surviving scores, this one, in D Major, is the best known. It has been used in several movie scores including, ironcally, a film about Richard III of England, who lived some 200 years before the piece was written. Adding to the irony is the belief by many historians that the D Major Te Deum was performed to celebrate the French victory over English-led forces at the Battle of Steinkirk in 1692. Although the motet’s text is Christian, the prelude is textless and can therefore be regarded as non-denominational. The violin 1 part in this setting is playable on flute or oboe. 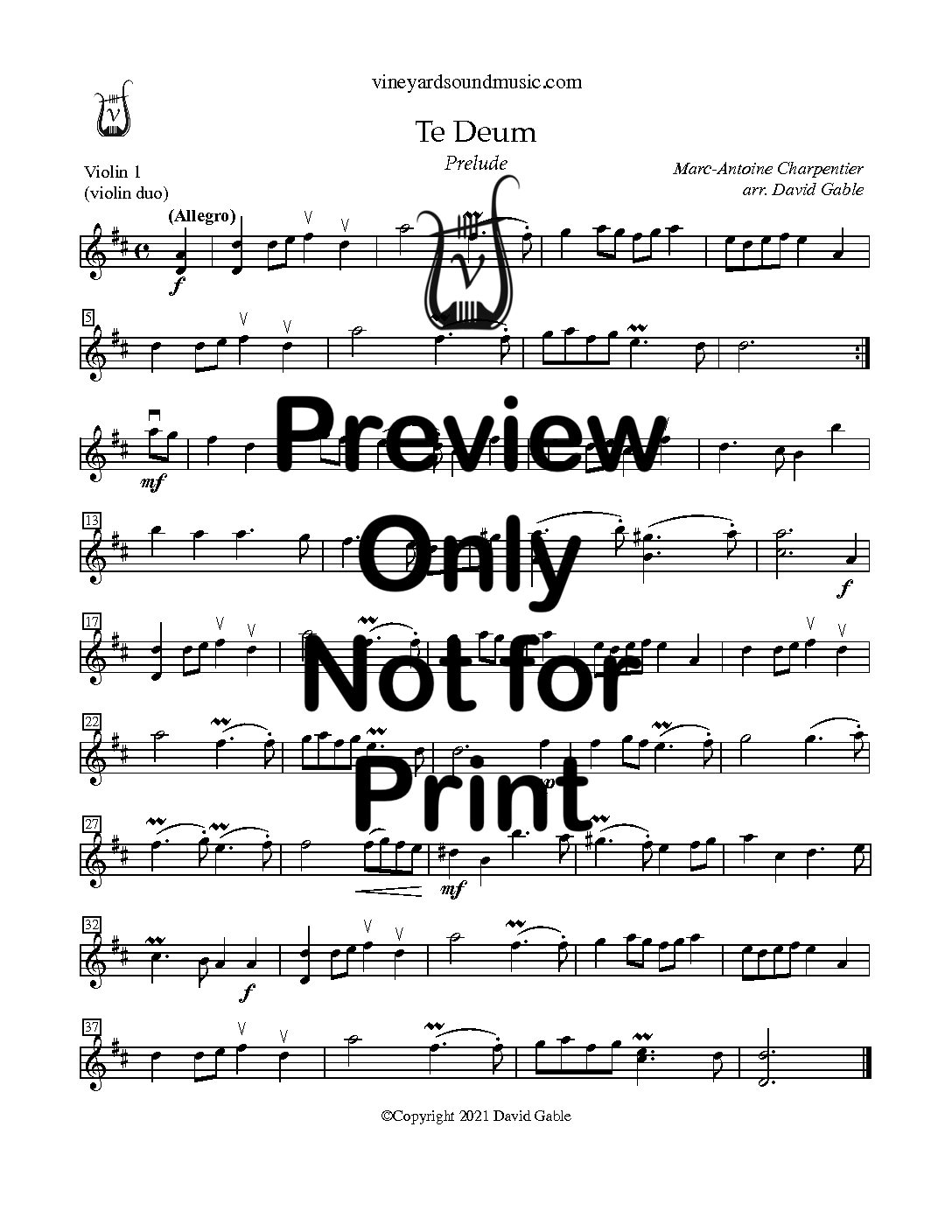