Note: Though much of his output was music for viola da gamba, Marais was also a talented composer of opera. Alcyone, which recounts an ancient myth, was largely forgotten after his death, but it resurfaced as a baroque masterpiece in the 1990s. The March of the Sailors has also been used as a folk dance tune and is the basis for the Christmas carol Nowell, Sing we Clear. 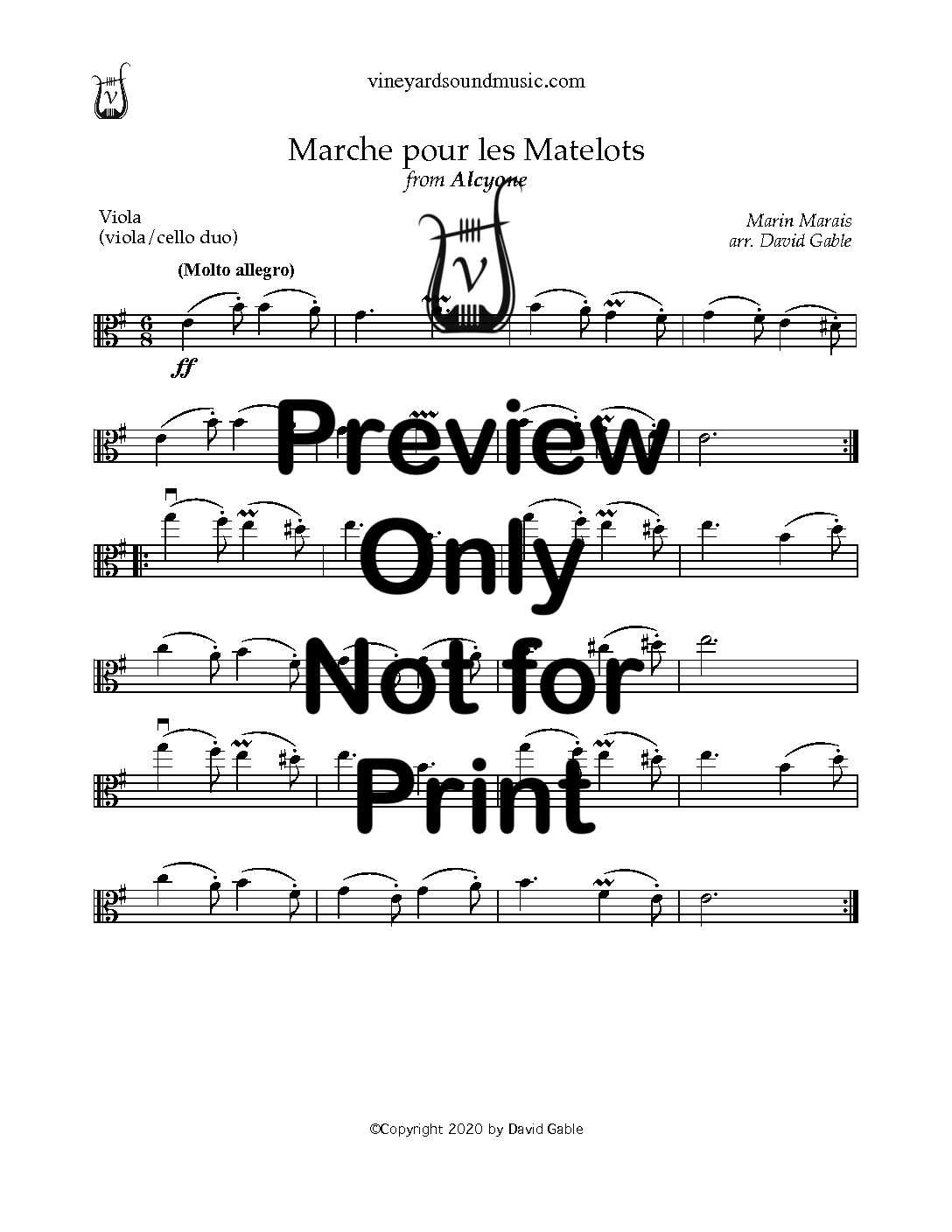