This setting of Les Dragons is also available in the Bargain Bundle Carmen, Selected Highlights for two violins, Set 2.

Be the first to review “Les Dragons d’Alcala (The Dragoons of Alcala), from Carmen (violin duo)” Cancel reply 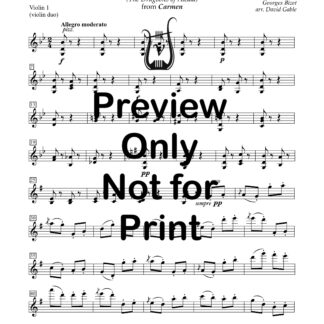 You're viewing: Les Dragons d’Alcala (The Dragoons of Alcala), from Carmen (violin duo) $3.99
Add to cart