In the opera score, the opening theme is played by bassoons. Here it is given to the cello.

Les Dragons is included in the Bargain Bundle Carmen, Selected Highlights for violin and cello, Set 2.

Be the first to review “Les Dragons d’Alcala (The Dragoons of Alcala), from Carmen (violin cello duo)” Cancel reply 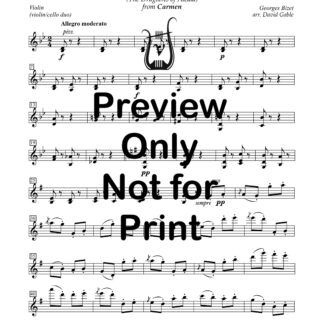