Note: In Ombra mai fu, one of his most celebrated operatic arias, Handel broke from the long-standing tradition of da capo writing, giving listeners instead a little nugget of beauty. Since the opera’s rediscovery in the late 19th century, Ombra mai fu has been referred to as the “Largo from Xerxes,” despite that the actual tempo marking is larghetto. 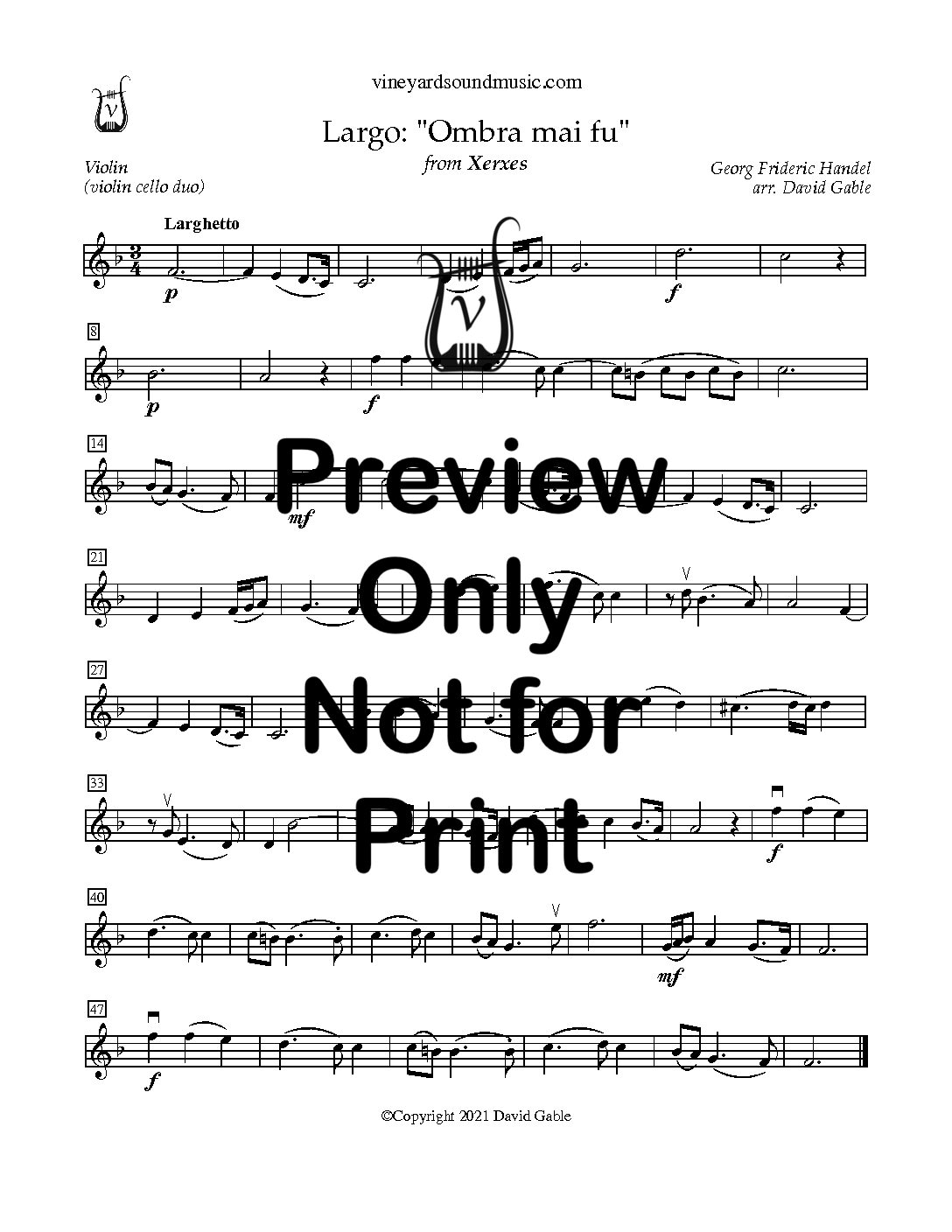