Gnossienne No. 1 (violin and piano)

Note: In this arrangement, the melodic line is carried by the violin and punctuated periodically by interjections in the right hand of the piano part. Scholars differ on the meaning of many of Satie’s enigmatic indications. Some possible interpretations for those in this Gnossienne are below:

Très luisant (very shining) – possibly indicating a bright timbre or a lightness of dynamic (the latter being contrary to the marking of forte, but this is Satie!)

Sur la langue (on the tongue or on the tip of the tongue) – presumably hesitating again, as if trying to come up with the right word (or note)

Be the first to review “Gnossienne No. 1 (violin and piano)” Cancel reply 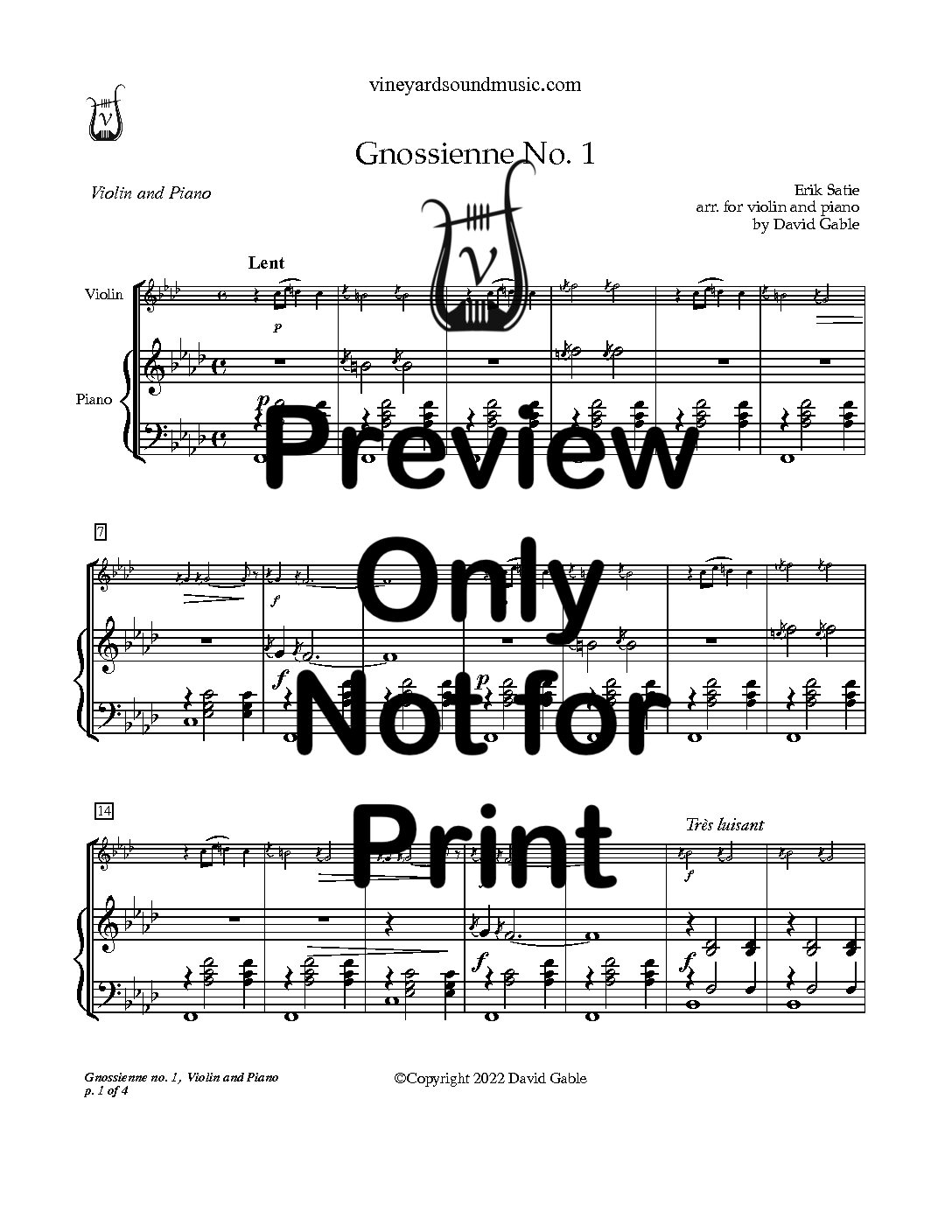