Note: Though originally written by Gottfried Heinrich Stölzel, this beautiful aria has been attributed to Bach for such a long time that it would not be recognized under any other name. Stötzel’s original appeared in 1718 in his opera Diomedes, and it was rearranged for voice and continuo and copied into the second Notenbuch für Anna Magdalena Bach, possibly by Anna Magdalena herself, in the late 1730s. The timbres of viola and cello serve the lyric melody particularly well. 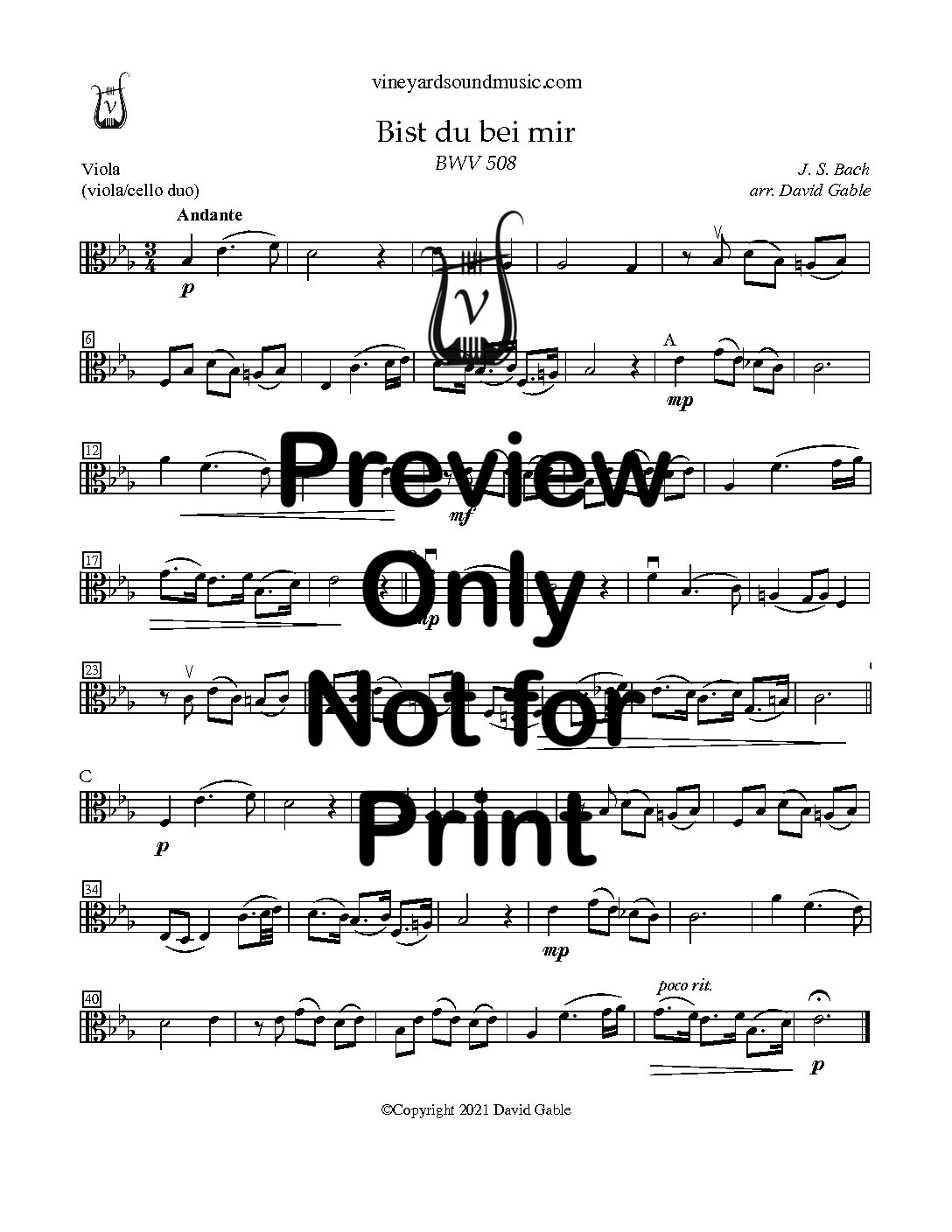