Note: William Byrd is considered to have been one of the greatest and certainly most prolific composers of the late English renaissance. A Catholic living in the realm of the Protestant Queen Elizabeth I, he came under frequent suspicion of political treason. his musical output spanned many genres from sacred writing to keyboard transcriptions of folk tunes like Barley-break. Barley-break, incidentally, was both the name of a country chasing game (kind of like capture the flag) and a euphemism for sexual activity. 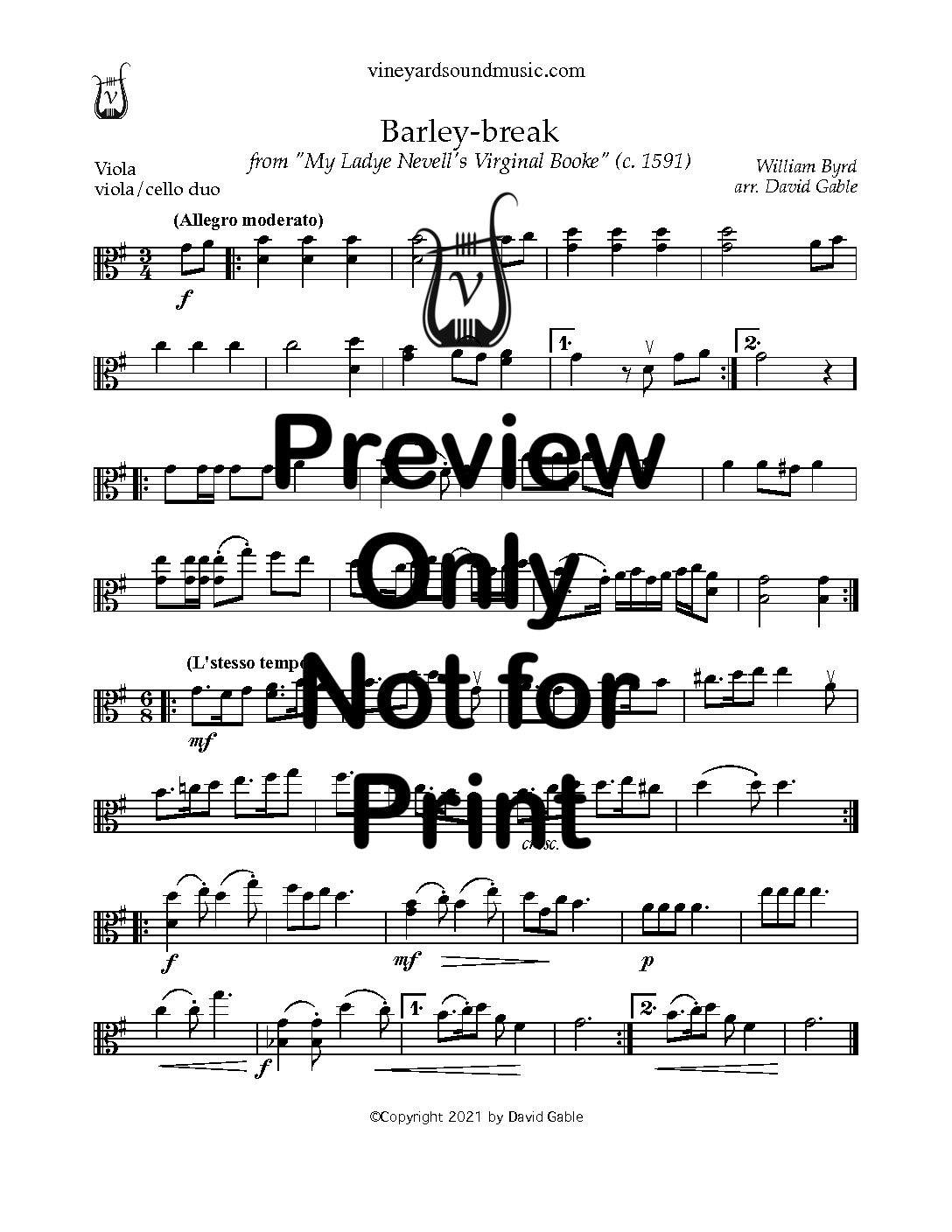